The Romans brought edible snails to England and colonies of them have survived since then. Robin Gibbons and Les and Barbara Summers have found them in the fields along the stream behind Chaundy and Harborne Roads.

Have you seen any in Tackley, and if so, where? They are larger – up to 5 cm (2 inches) in diameter – and have thicker shells than the common garden snail, with a distinctive pattern of brown bands. They are a protected species so must not be picked up, collected or killed, but you can collect any empty shells you find. 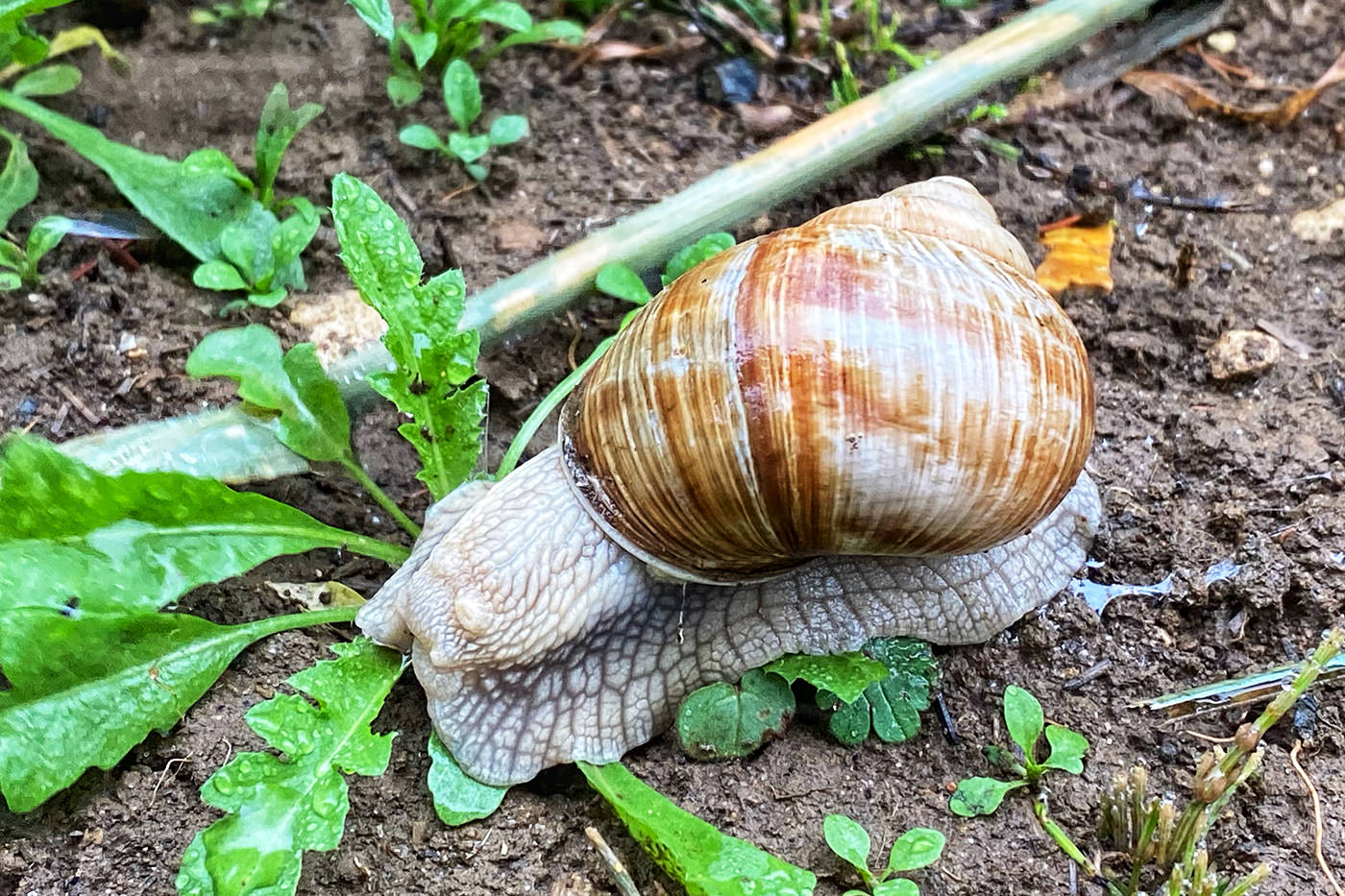 The story is that they were brought into Tackley by accident in a farm cart from Stonesfield where they were common. But given the extensive Roman presence in Tackley – the villa at Street Farm/Roman Place, several farmsteads, and the roadside village on Akeman Street at Sansom’s Platt – it is very possible that one or more colonies have been here in the village for nearly 2,000 years.

If you find any, please let us know and we can add to our knowledge of Roman Tackley.

Update: Since this article was originally published, there have been three more sightings by Jan Greenwood, Iain Morley and Chris Spencer which indicate that the Roman snail colony is thriving in the gardens and fields along the streams.