Excavations at Street Farm ended in August 2018, and David Sanchez, the archaeologist in charge of the site for Thames Valley Archaeological Services, handed over the last remaining area to Deanfield Homes. The site, a large Roman villa complex, turned out to be much more important than anyone had anticipated and, as David said, it is the sort of excavation that an archaeologist only comes across once in their professional life. 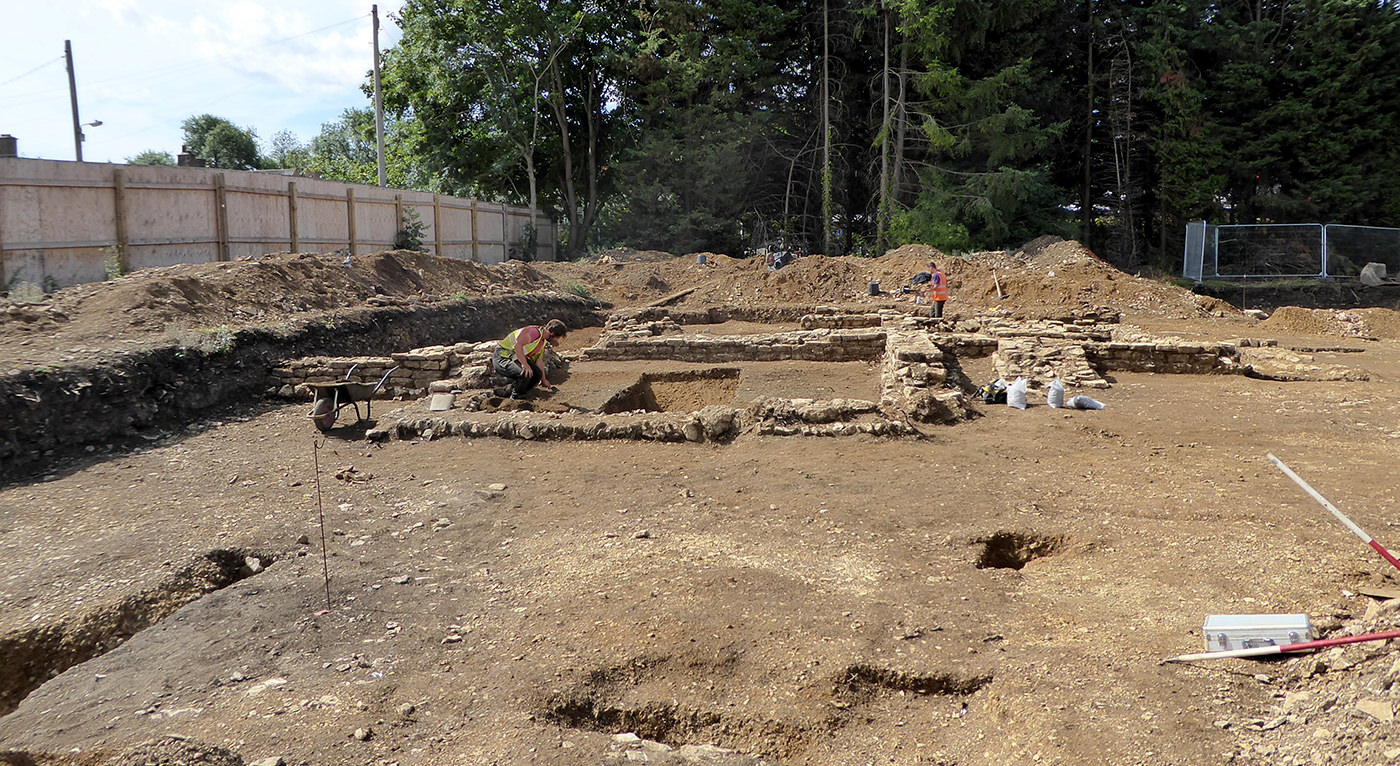 Right up to the last moment new discoveries were being made. The most important was a bath house and a hypocaust, an underfloor central heating system, in the corner of the site between St John’s Road and the school. This is part of a second major building, as big as the villa with its mosaic floors, which probably extends under the gardens of the houses on St John’s road and under the school.

In September 2019, David gave a talk to Tackley Local History Group about the villa. An audio recording is available here.

It is sad that these two-thousand-year-old buildings have now been destroyed to make way for new houses and roads. The one consolation is that they have been fully excavated and their complex history, with several phases of building and occupation, has been recorded.

The mosaic floor that was uncovered is going to be donated to the village so that it can be put on public display and not left in a museum store. 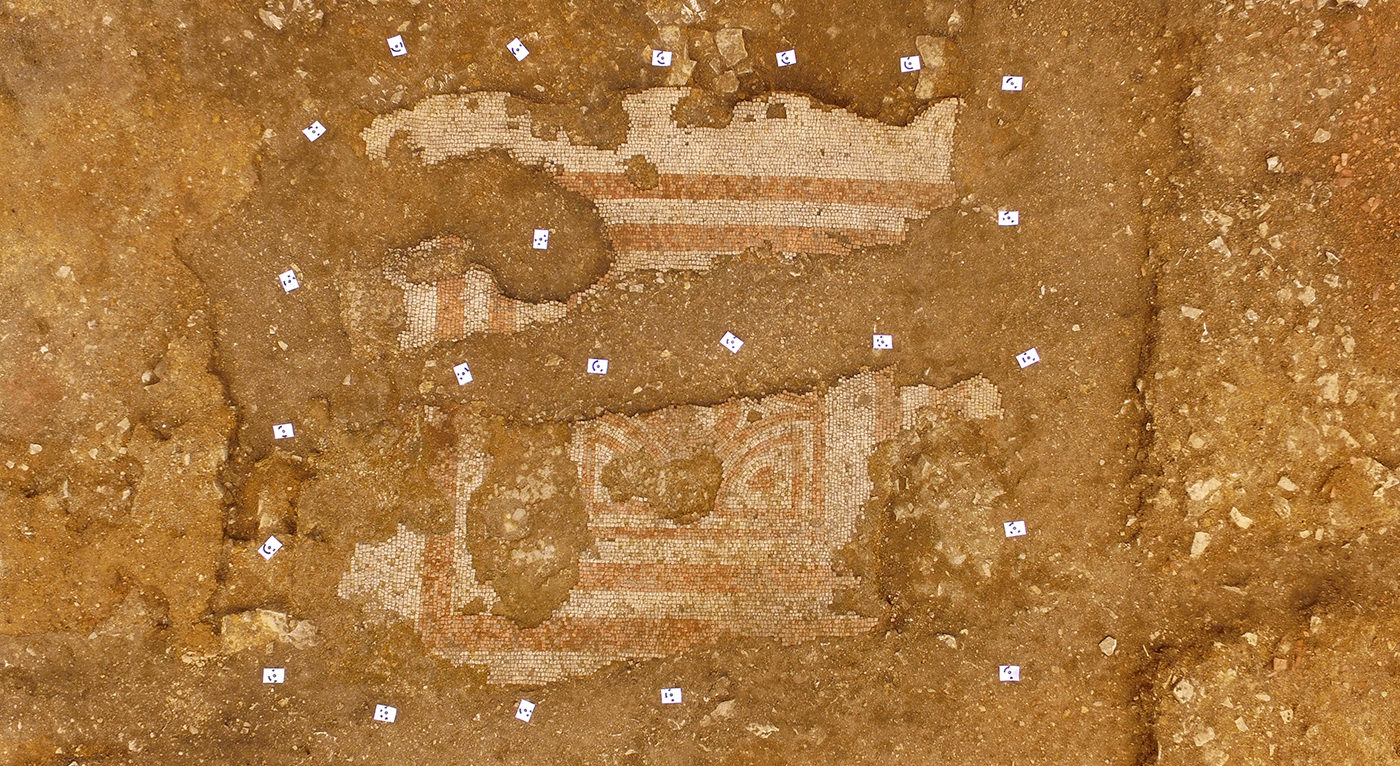 A sub-committee of the parish council made up of members of the council and the history group has been set up to take the project forward, and has now produced a feasibility study asking:

Tackley’s mosaic originally measured five metres square and was in the most important room in the villa. It has now been lifted and taken away for temporary storage. We hope that it will come to the village in about a year and a half when the analysis of all the finds and writing-up of the results have been completed. This gives us plenty of time to organise the project. There is currently only one Roman mosaic on display in situ in Oxfordshire: at the villa in North Leigh.

The Tackley mosaic featured in the Oxford Times on 23 October 2018.

Open days at the Street Farm site were held in March and June 2018 and the three A1 posters which were produced for the first of these are available to download: