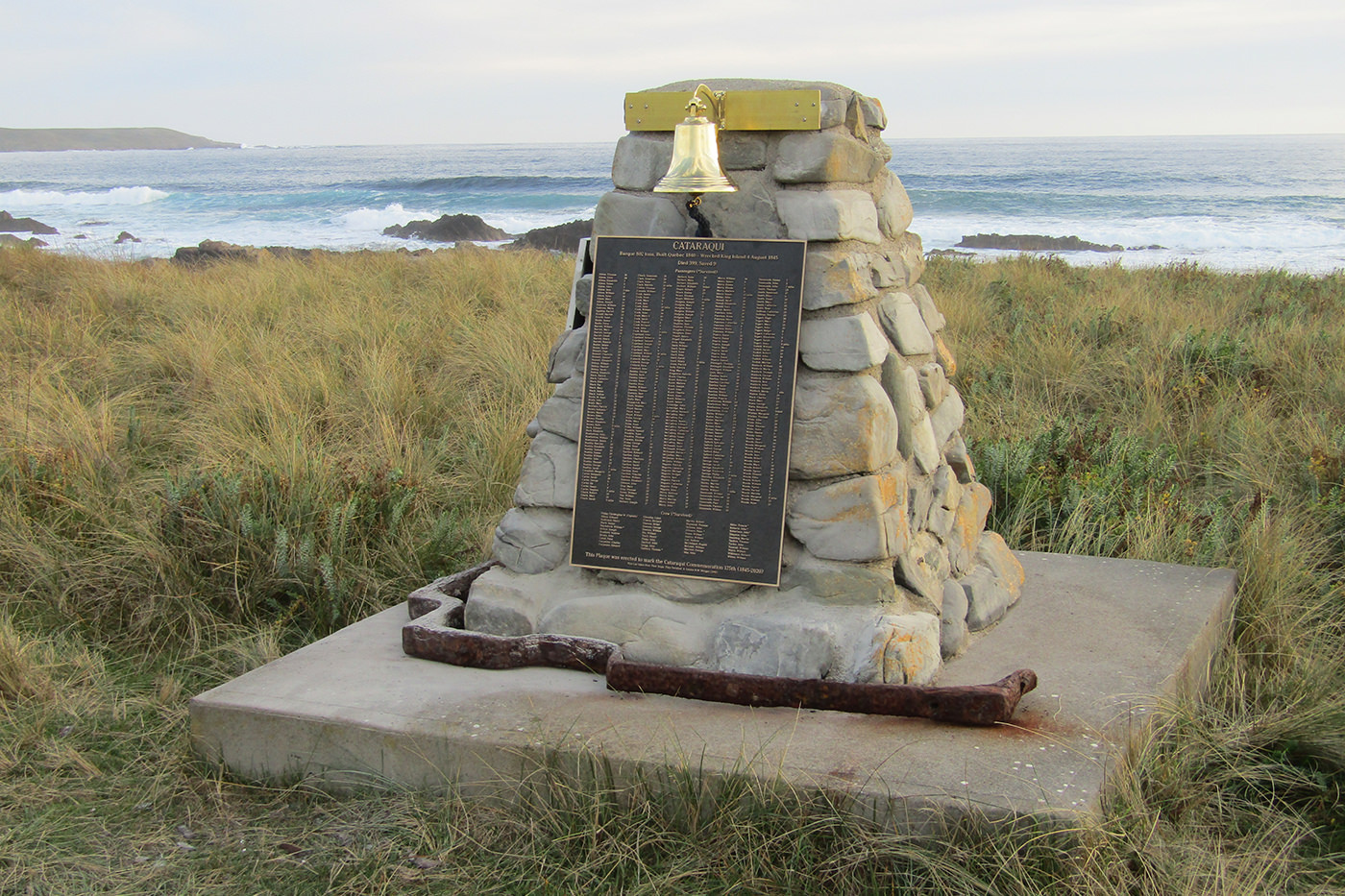 On 20 April 1845 the Cataraqui ship left Liverpool with emigrants bound for Melbourne. A quarter of the 369 passengers were from Oxfordshire, including 42 from Tackley — the most from any village. Many were poor families ‘encouraged’ to take assisted emigration.

Close to its destination, on 4 August, the Cataraqui was shipwrecked on the uninhabited King Island in the Bass Straits between Tasmania and mainland Australia. Only nine people survived, mainly crew.

Fortunately the survivors were helped by David Howie, who was on the island collecting animal furs. In early September they managed to attract the attention of a passing ship, and were rescued and taken to Melbourne.

Mr Howie organised funds to return soon to King Island to bury the bodies from the wreck in five mass graves. 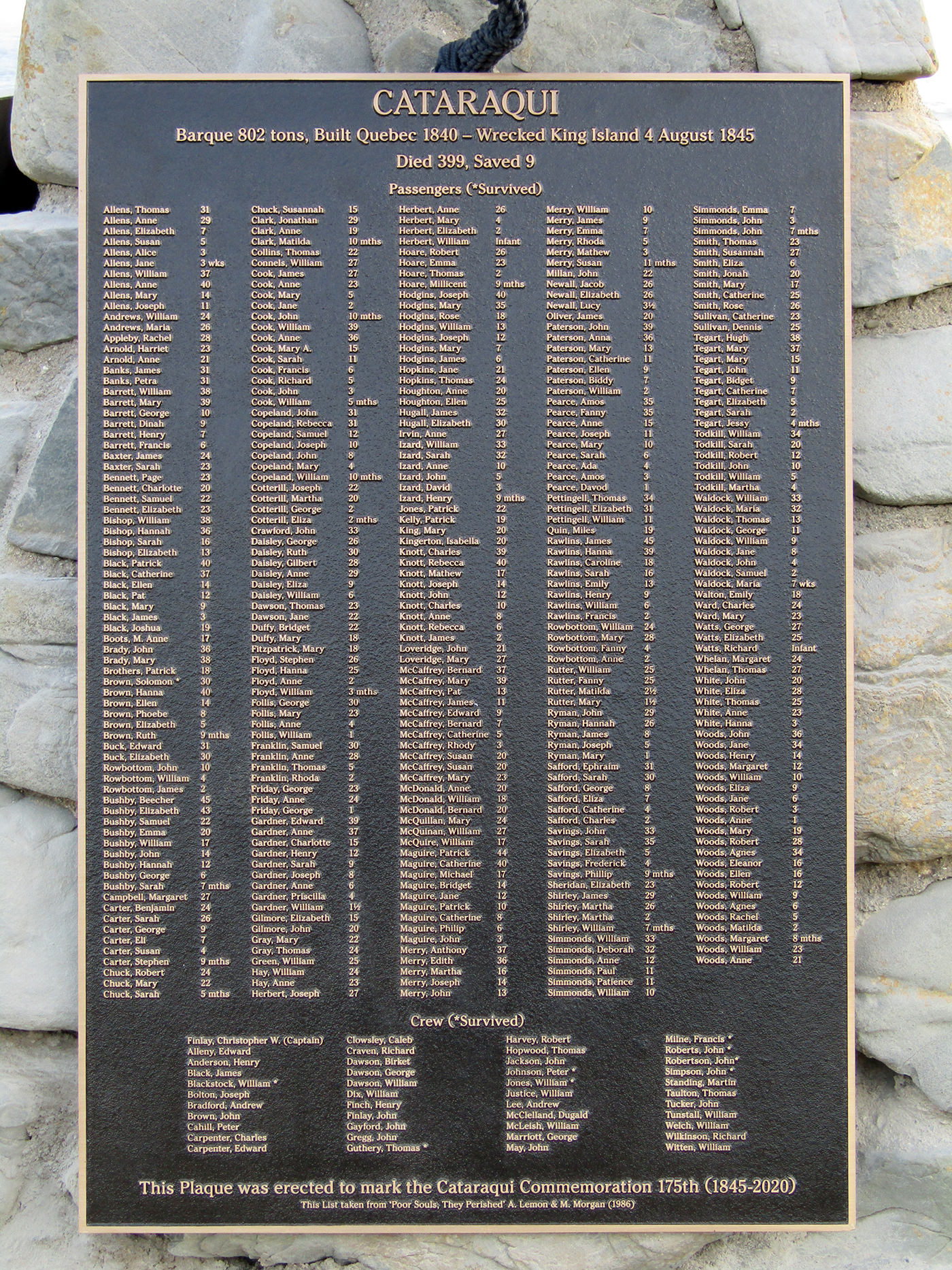 To mark the 175th anniversary of Australia’s worst civil maritime disaster, on King Island a ship’s bell and a plaque with the names and ages of all 399 who died have been installed on the cairn marking the largest grave, on the shore above the Cataraqui wreck site. On Sunday, 2 August 2020 these were unveiled by Greta Robinson, the great-granddaughter of David Howie. The names were read out and the bell rung for the first time.

At the King Island museum they have created a new ‘Cataraqui Room’ which houses artefacts recovered from the ship, plus documents and pictures related to the shipwreck. They are also restoring one of the cannons carried by the Cataraqui, which was recovered in the 1970s from the wreck site. 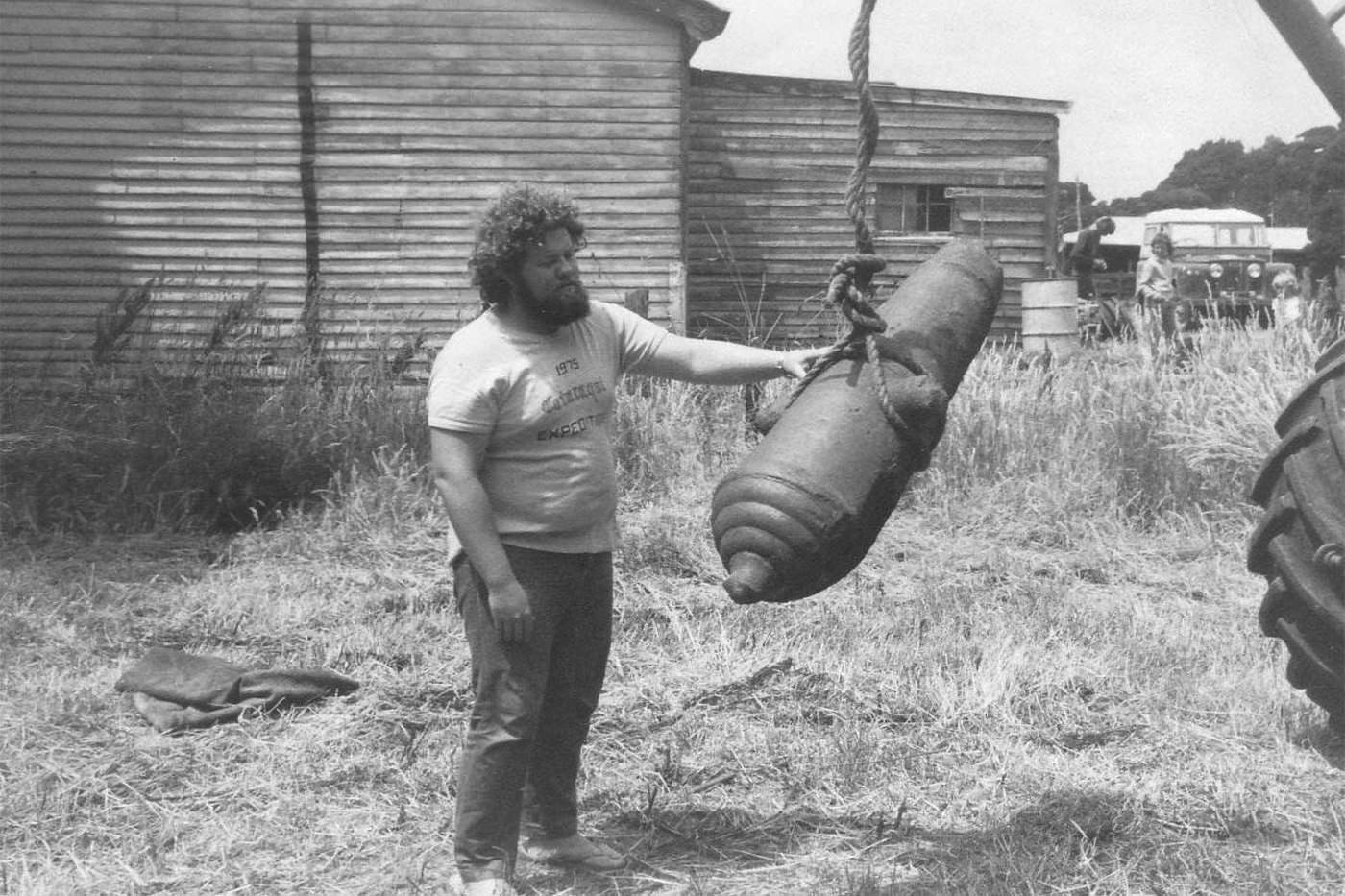 Sadly, plans for various commemorative activities in Tackley remain on hold due to the coronavirus pandemic restrictions.

Meanwhile, in St Nicholas’ church, on the ‘aumbry’ niche to the left of the altar, there’s a beautifully carved oak door dedicated to those from Tackley who died in the Cataraqui wreck. This was commissioned in 2011, 165 years after news of the wreck first reached the village. It was carved by Oxfordshire master craftsman John Bye. There’s also an earlier plaque giving the names of the local victims, who ranged from three months to 39 years of age. This was installed in the 1970s when this episode was rediscovered by Tackley Local History Group. 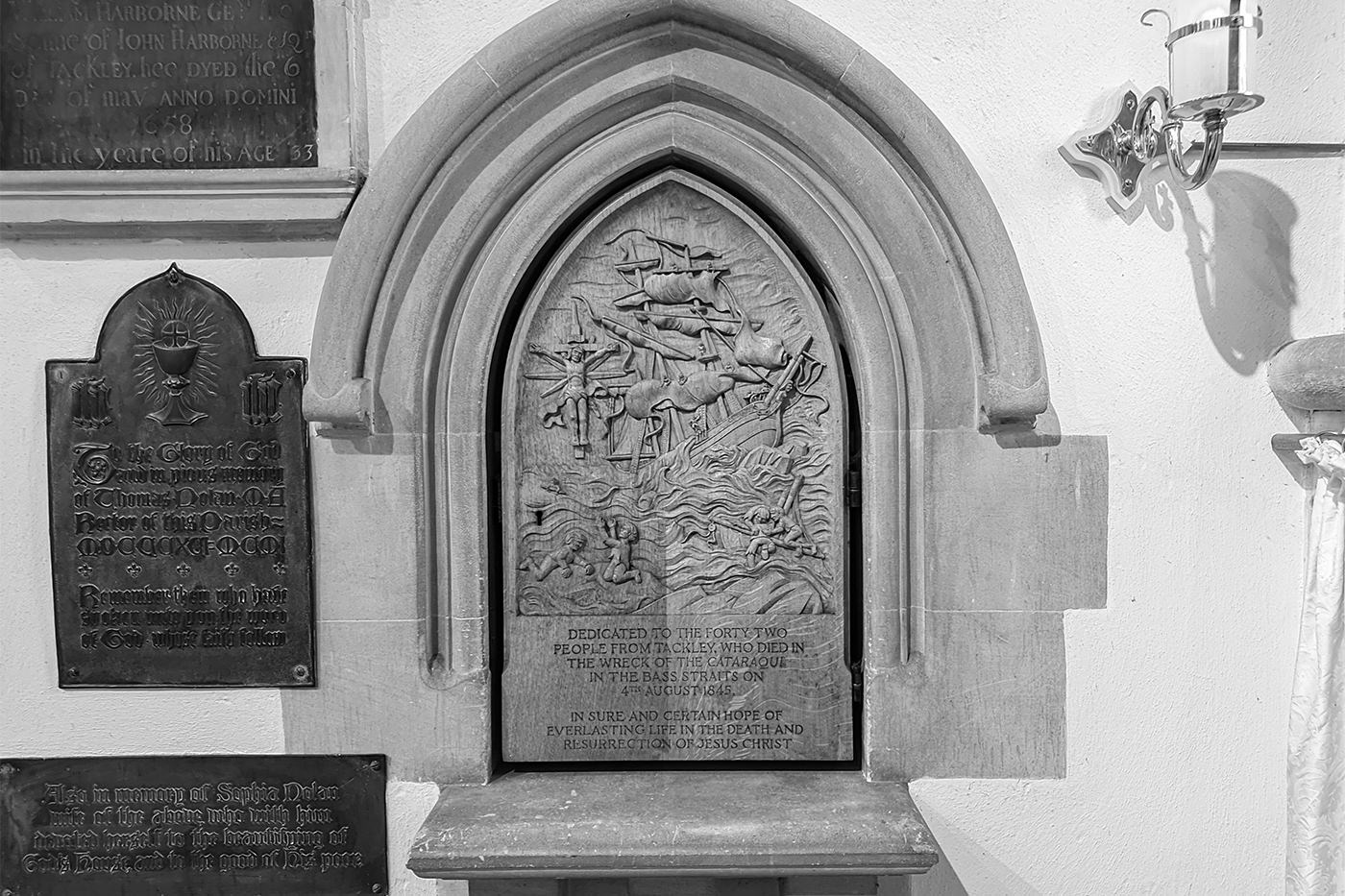 It was only in February 1846 that news of the wreck reached the UK from Australia. In commemoration, on Sunday 21 February at 6:05 pm in St Nicholas’ church, 42 funeral bell tolls will be rung — one for each Tackley villager who died in the Cataraqui shipwreck. This slow toll will follow the five-minute solo bell after the six o’clock chimes that have signalled the ‘Prayer for the Nation’ throughout February to remember those who have died from Covid.

The news was first reported in London in a short account in the Shipping and Mercantile Gazette on 31 January. Within days the same paper had published a much fuller account which was the basis for all later newspaper reports. By the middle of February the news had reached all parts of the country including Oxford. On 7 February both the Oxford Chronicle and Reading Gazette and Jackson’s Oxford Journal published brief reports. The Journal and the Oxford University and City Herald followed with longer articles on 14 February, and two weeks later the Journal published further details on the Tackley victims.

History group members Rachel Strachan and Neil Wilson went to the wreck site in 2019. Following their visit, the King Island Courier carried an article on the Cataraqui which you can view or download:

Conrad Gibbens produced a film montage about the history of the Cataraqui, which you can watch on YouTube:

Further information on Australia’s worst civil maritime disaster and its links to Tackley can be found in Barry McKay, Tackley to Tasmania: Pauper Emigration from an Oxfordshire Village published by the History Group.